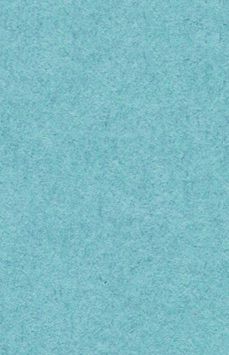 Once upon a time (‘cos that's how all the best stories start) there was a little girl - me! When she was born her mummy sprinkled fairy dust all over her so that all her dreams would come true. My Mum is a sort of Mary Poppins character - I'll show you a picture later - you'll see what I mean!

When I was little I was always writing and always ticking. I loved to write things - pretend stories for imaginary magazines, lists, notes and letters. I dreamed of being a writer. Then I would take a red pencil and put neat little red ticks all over whatever I'd written, as if to confirm and endorse its existence.  My nana told me I was surely destined to become a teacher what with all that ticking!  A dream job I thought.  I always had a pen in my hand.

Nana used to read me stories and sing all sorts of songs to me; songs from the war, songs from her childhood and we would spend hours playing games such as taking turns to think of names beginning with every letter of the alphabet. I learned to play woodwind instruments (things you blow) and a little piano. My nana was a great pianist.

When I was eight years old an exciting thing happened - my Dad took me to a stables. There were lots of beautiful ponies and horses of all shapes and sizes. I was in love!  I used to ride two of the ponies - I think they were Shetland ponies. One was called Pepsi and was the same chocolate brown colour all over, she was quite chubby so quite difficult for my little legs to fit around. The second one was called Robin, I thought he was very handsome - so did he! His body was a rich golden chestnut and his mane and tail jet black. My Dad's horse was called Winston he was big and black all over except for a small white star in the middle of his face. We rode the horses every Sunday.

Well of course I loved the horses and dreamed of having one of my own. My best friend Gina and I would talk and talk (as girls do!) about owning horses and one time we even pretended that we did own one. We went to a horse show dressed in jodphurs, jackets and riding hats and walked round all day as though we part of the show - but we weren't.

Anyway, did you remember about the fairy dust? Well, for my thirteenth birthday this dream came true and the magic fairies (alias my Mum and Dad) had made it so. My lifelong friend and companion arrived in the form of a beautiful and spirited Exmoor/Arab pony. His coat was the richest golden brown, his mane and tail were black and his face had the softest mealy muzzle, beautiful big brown eyes and his ears had little black tips. We became as one and spent a lifetime of happiness roaming the beautiful Yorkshire moors.

As life moved on my nana's prediction and my second dream came true and I did continue to tick, as a teacher!  I also continued to write factual essays, plans, reports, shopping lists, notes, diaries - nothing imaginative - just practical. I was lucky enough to travel - round the world and wished I had time to write about all the magnificent cities and white beaches I'd seen and the hundreds of rides in giant metal flying machines!

My turn came to sprinkle fairy dust - twice! I sprinkled it with love over my bouncing baby boys. My home filled with toys, books, violins, rugby boots and other sporty items. It still has the latter three and one boy!  When they were 'wee' (that's what they say in Scotland and that's where I live now) I took my boys to music sessions which my friend (Denise) and I ran.  We were the Jingle Tots!

My pen was still in my hand and I continued to write - this time I wrote about how I saw the music sessions. I watched the children carefully and wrote about their learning. I noted how they learned anything so easily through music and how many of the things they were learning would help them to become writers. My writing became important research and was even on TV! This then formed the basis for my first published writing. The fairy dust my Mum had sprinkled was working for a third time.  You can read this book now - Sound Before Symbol - Developing Literacy through Music.

So now I am a writer and that is the story of how I became one. I love to write about music and language and I have many stories inside me of horses and of travels around the world. I hope to share them all with you some day!

Here is the picture of my Mum - you see - she IS Mary Poppins!